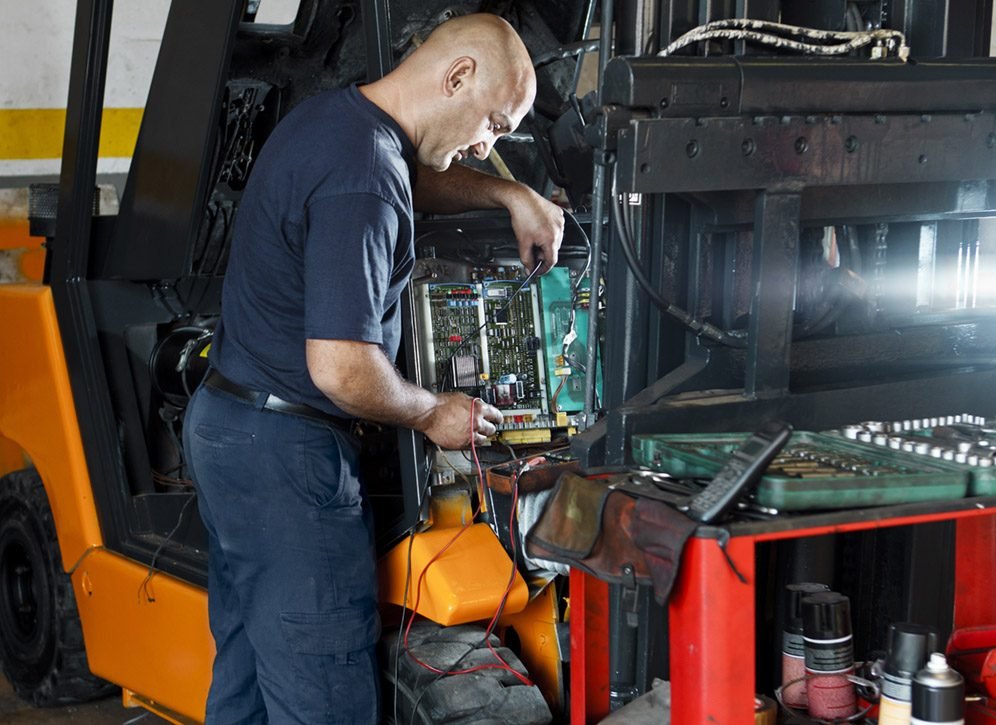 Electric forklifts can streamline the functionality, cost efficiency, and productivity of your industrial facility. They are also considered to be more ideal in health and safety in the workplace, since they provide lesser tailpipe emissions and require lesser inputs from operators.

If you need one for your shop, there are many products that you can choose from. Depending on your budget, you can opt for brand new or used models. But how do you make sure that you make a good purchase, regardless of their price? Here’s a rundown of the most essential things that your electric forklifts supplier should be able to provide.

Electric forklifts can last for as long as 15,000 and more hours, but in the event that they require repair or reconditioning, your supplier will play a major role in restoring their functionality. Take note that some suppliers only sell products; they do not provide after-sales solutions that may be required by your operation at some point.

This is why it is important to buy your electric forklifts from a company that also provides servicing and product support solutions. In fact, it is recommended that you choose a supplier that provides forklifts service for a wide range of brands, not just one. In this way, you can be sure to get the technical assistance that you may need from one place.

Accountability and Responsibility for Carried Brands

It is also critical to choose a supplier that can live up to the quality of the brands that they carry. Warranty and support, for instance, should never be compromised by your choice of electric forklifts supplier. It is also always better to choose suppliers that meet industry prescriptions for product safety and environmental responsibility, over those who only carry products from manufacturers who are only concerned with product functionality.

Finally, ask for technical guidance from your chosen supplier. This is important for finding the right product for your requirements, as well as ensuring that you will be adding an equipment to your shop that will truly prove to be an investment. If you are working within special conditions, your supplier should also be able to guide you towards the best options for managing certain challenges while meeting your industrial needs.

As an authorised dealer of  Nichiyu Electric Forklift and Noblelift Lithium-ion forklifts, we provide full service and parts support, backed by the best trained team and of course, manufacturer’s direct product support and warranties.

To browse our catalog of new and used electric forklifts, visit our website on www.nichiyu.net.au.

We recognise that companies, including many of our customers, accumulate a diverse range of equipment over the years. With more than 20 years of  servicing materials handling equipment our Forklift Service means: 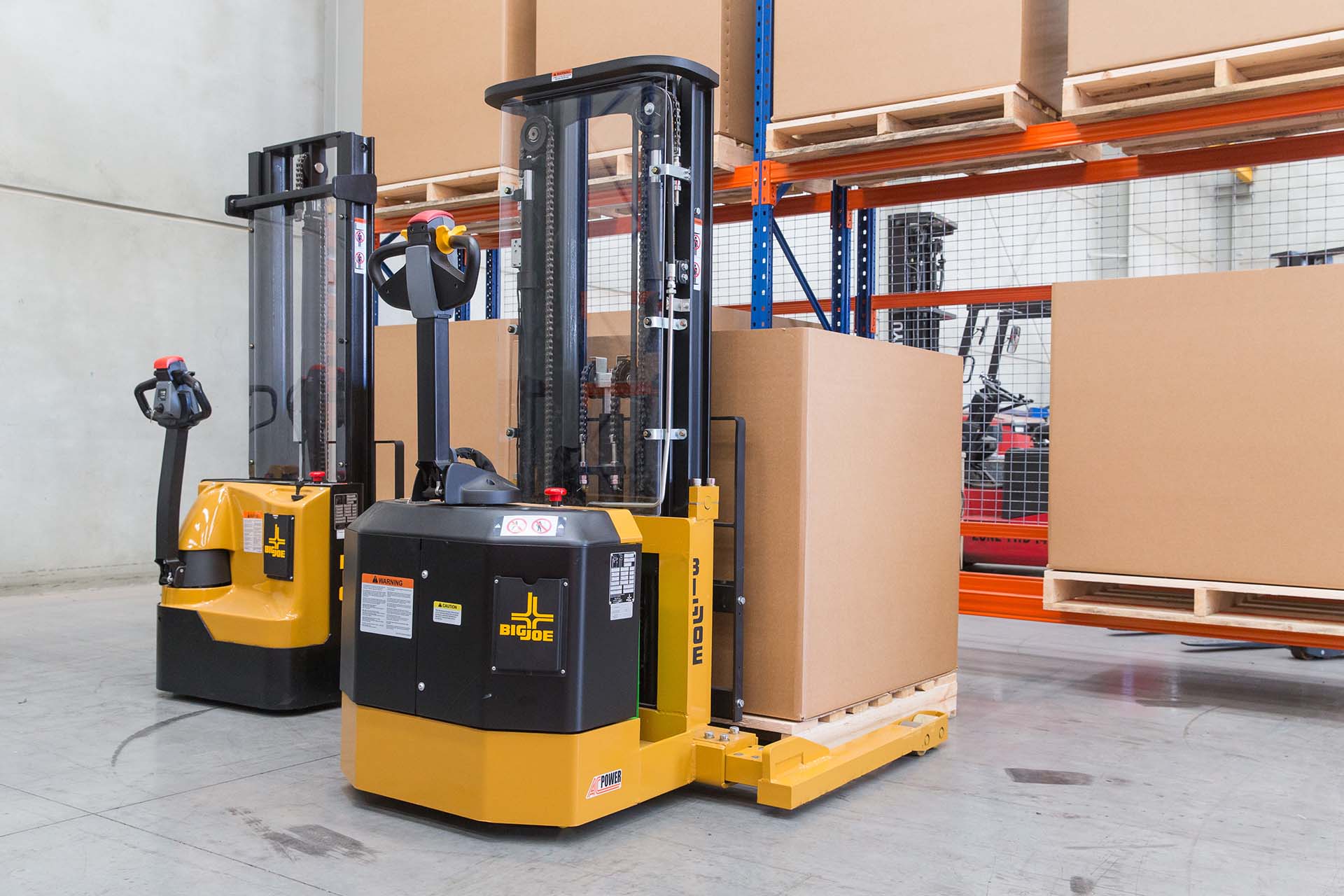 Electric fork lifts are considered to be among the smartest options for different handling and lifting needs. First, they are more cost-effective than their counterparts since they virtually eliminate fuel costs, as well as related maintenance needs like engine transmission oil and filter changes. They also last longer than internal combustion forklifts, with some models lasting more than 15, 000 hours. When it comes to health and safety in the workplace, electric forklifts score better, too; they have less tailpipe emissions. And where productivity is concerned, they are a gem: they can accommodate directional changes, they have faster acceleration, and there is a lesser need for foot movements by the operator.

The advantages are many and varied, for certain, and one can argue that one of the few considerable disadvantages is their initial cost. Brand new electric fork lifts usually fetch a pretty price, compared to their other counterparts. Fortunately, your operation can cash in on the offered functionality of this type of forklift while working within a budget with used electric fork lifts.

Interested in one? Here are some of the best reasons why the investment is worth it.

One of the most obvious benefits of buying used electric forklifts over brand new models are the price savings. Some brand new models can run up to around $13, 000, while used ones can cost as low as $2,000. They are ideal for facilities that are just starting out, are working with a budget, or do not require a brand new model for their applications.

It is also convenient to find parts that may need repair or modifications, for your used forklifts. There are suppliers that provide original equipment manufacturer-quality results for a wide suite of solutions, including maintenance and repair.

Finally, used electric forklifts rental are more suited to industrial operations that function on a project-to-project basis. If your lifting and handling needs do not make up a major part of your operations, buying a brand new model may be a costly investment that will take longer to pay back its initial cost.

The key thing to remember when buying a used electric fork lift is to choose the right supplier. At Nichiyu, we make sure that our clients are treated to our extensive product knowledge, so they can find the right forklift for their specific needs. We also provide repair and maintenance services. Visit our website and browse through our catalog of quality used forklifts on www.nichiyu.net.au. 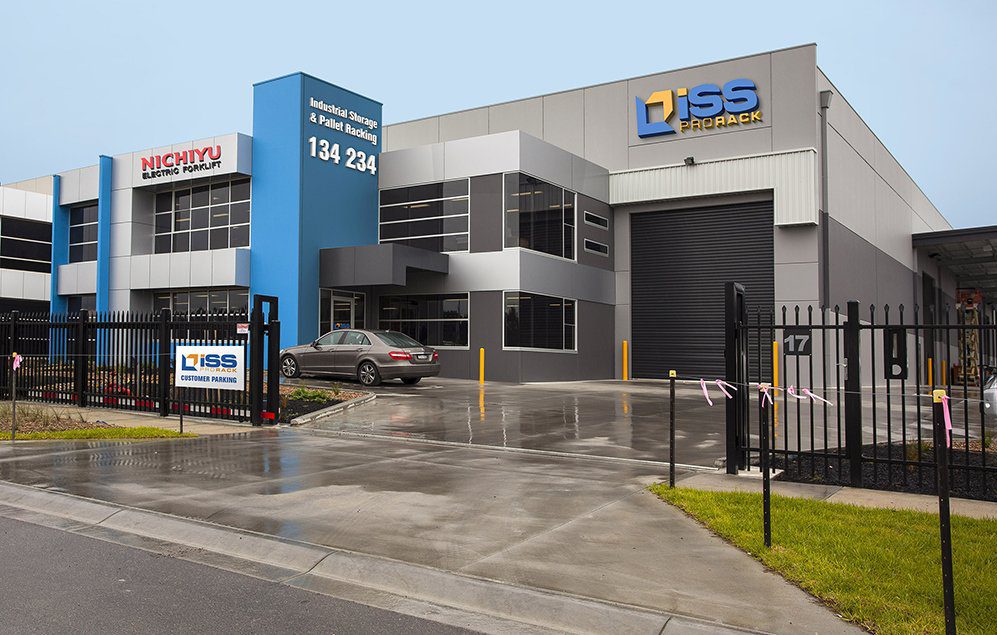 Melbourne, Australia, 26 April 2017: ISS ProRack, a privately owned Australian company with over 20 years of delivering innovative warehouse storage and materials handling solutions, is set to boost the customer power of choice by launching the new home of Nichiyu Electric Forklifts in Australia with a stunning facility in the Melbourne suburb of Dandenong South, and online at: www.nichiyu.net.au.

Smart warehouse storage and materials handling is as much about saving costs as it is about making maximum business impact,” said Peter Boustead, MD, ISS ProRack.

Nichiyu brand is synonymous with electric forklift innovation, having developed the first electric forklift in Japan in 1937. Mitsubishi Nichiyu Forklift Co Ltd now owns 65% of UniCarriers, which, according to Bloomberg, positions the company as the third-biggest lift truck manufacturer, behind Toyota and KION Group. This means, Nichiyu is among the top three choices of warehouse managers around the world.

Since the inception in 1993 ISS ProRack has been committed to innovation to find the right solutions for their customers. With the ever-present need for improving business efficiency and the growing impact of human and environmental safety issues, the company has focused on electric forklifts. Therefore, when in 2015 many Nichiyu forklift customers in Australia found themselves stranded due to hostile takeover of a major dealership, it was logical for ISS ProRack to partner with a leader in electric forklift innovation.

Sustainability is the new normal as customers are aware of the environmental impact their operations can have on society,” says Brett Wood, chairman of the Industrial Truck Association (ITA).

According to Brett Wood, chairman of the Industrial Truck Association (ITA), there is significant trend towards electric lift trucks and the decline of internal combustion (IC) models. The former now make over 60% of all forklift orders.

“Sustainability is the new normal as customers are aware of the environmental impact their operations can have on society,” says Wood

ISS ProRack continues to push the boundaries of environmental responsibility, offering a range of Lithium battery-powered forklifts. They see this emerging ultra-clean technology as an extra competitive advantage for Australian food and pharmaceutical industries in their war for attractive markets in China and Europe.

“Smart warehouse storage and materials handling is as much about saving costs as it is about making maximum business impact,” said Peter Boustead, MD, ISS ProRack. “We understand the complexity of problems our customers face in addressing the rising business costs and the growing compliance demands of social responsibility. We can’t be just about making a sale. We need to look at our customers’ long-term success!”

“Mitsubishi Nichiyu Forklift Co Ltd is committed to growth of the Australian market not just though the best technology but also excellence in customer service. As a recognised electric forklift innovator, we are thrilled to be represented by an Australian business like ISS ProRack, with strong customer service culture and innovation focus. We look forward to continuing to supply products that will support ISS ProRack and their customers on the path to local and export success,” said Gary Hodge.

Subscribe to our product specials and industry news updates.

Nichiyu Electric Forklifts Get a New Home in Australia